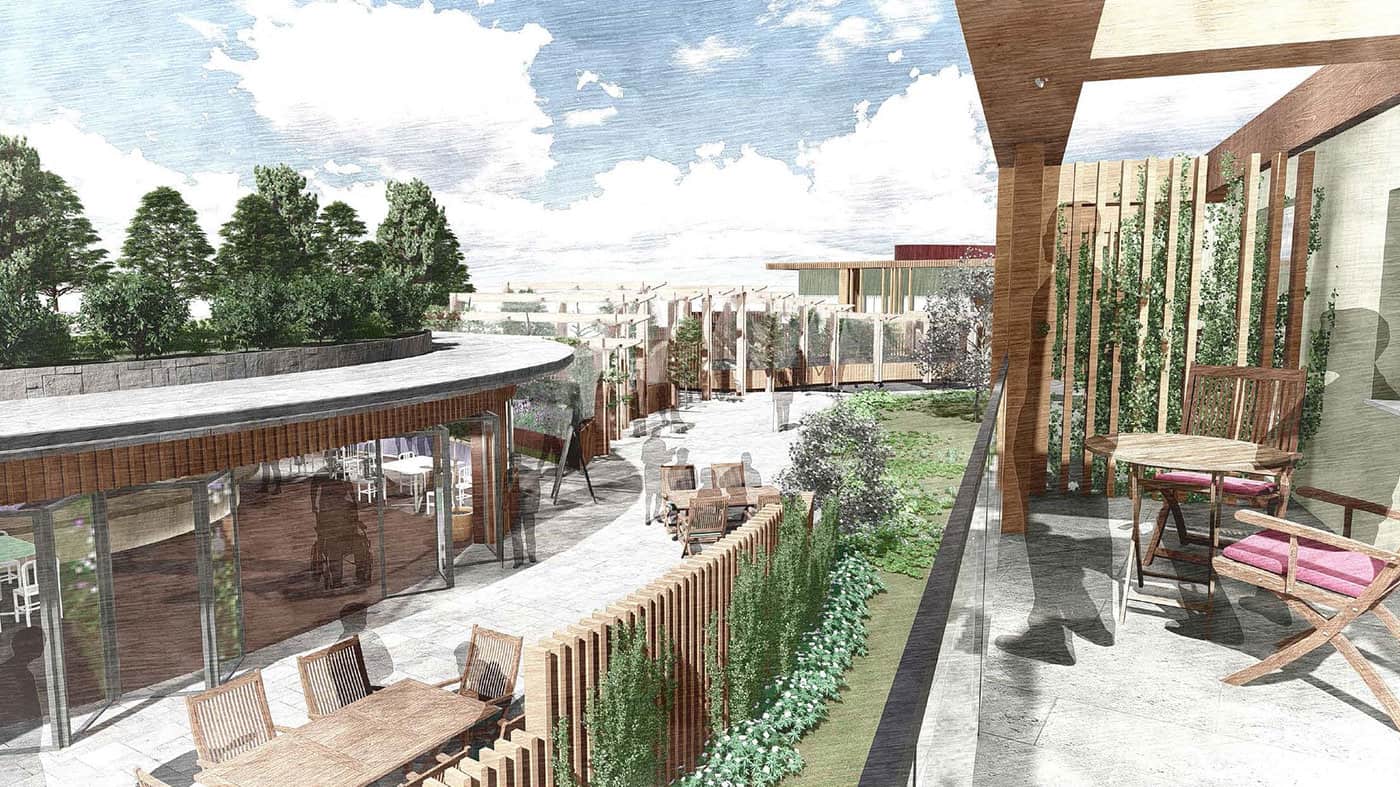 Visual of the proposal for Rusticus Care Home.

The case which identified six “very special circumstances” for the planning approval of the two Church Farm Care Ltd schemes heavily focussed on the intelligent use of architecture, namely its sensitivity to the existing location and environment, as well as how the design enhancements will add value to both the residents and the wider community.

Both proposals for Church Farm at Rusticus and Church Farm at Skylarks utilise clever internal architecture such as walkways with curved walls to increase visibility and sliding partitions to allow flexibility of spaces to promote independence, comfort, and quality of life for residents as well as ensuring they remain an active part of the community. In addition to increased bedroom space, the designs include independent living pods for assisted living or carer respite.

“The support from the local community has been overwhelming and, despite a complex process, we’re thrilled that planning has been granted and Nottingham will be home to two ground-breaking care facilities; the likes of which are hardly seen elsewhere in the UK.”
– Becky Smith, dementia design specialist at Leonard Design 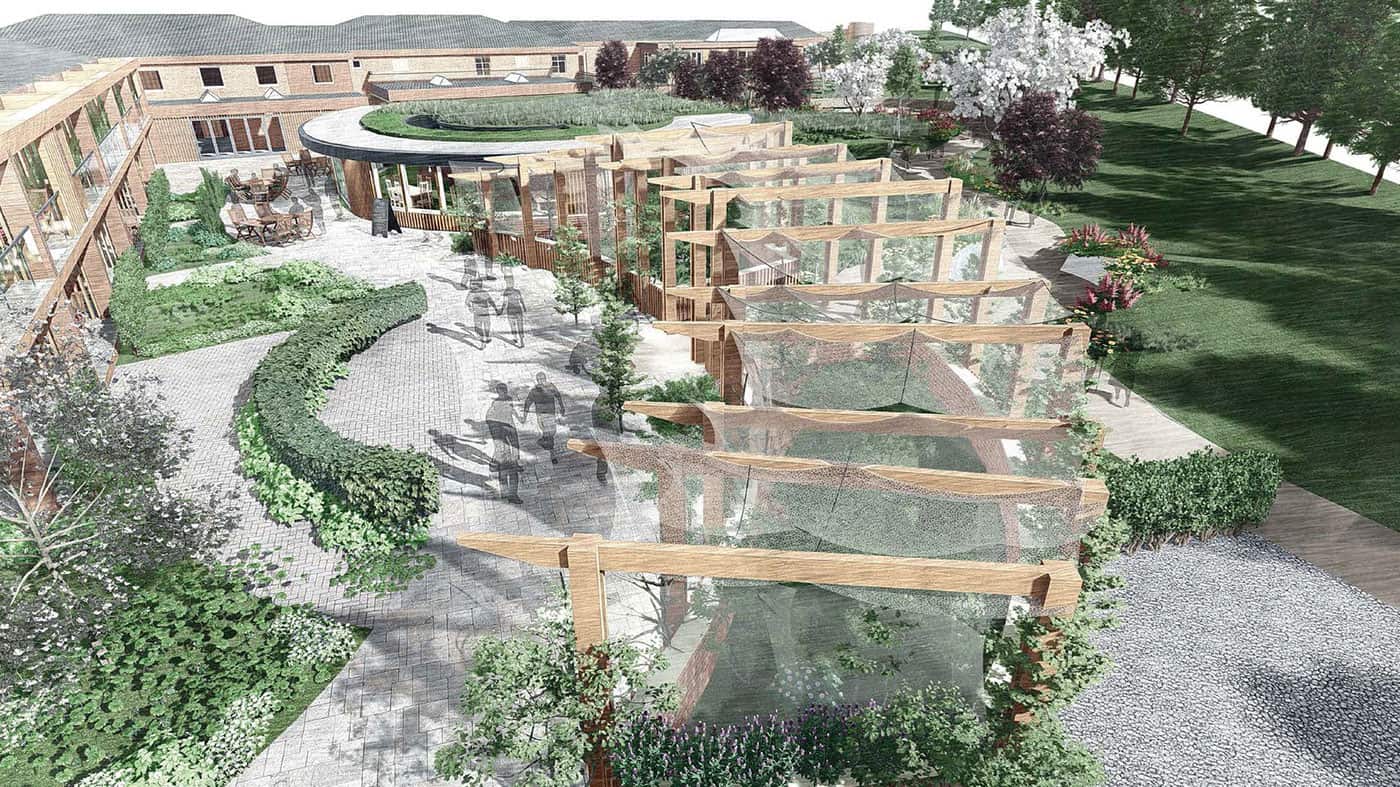 Visual of the proposal for Rusticus Care Home.

Becky Smith continued: “Our team shares the Church Farm Care belief that care facilities don’t have to be treated as purely clinical spaces, prioritising the practical over the personal. After looking at the Dutch approach to care home design, specifically seeing first-hand the revolutionary Hogeweyk ‘dementia village’ in the Netherlands, we were determined to deliver the real health benefits of intelligent design to these two UK schemes. The design is also very sympathetic to the environment and has even reduced long-standing flood risks. 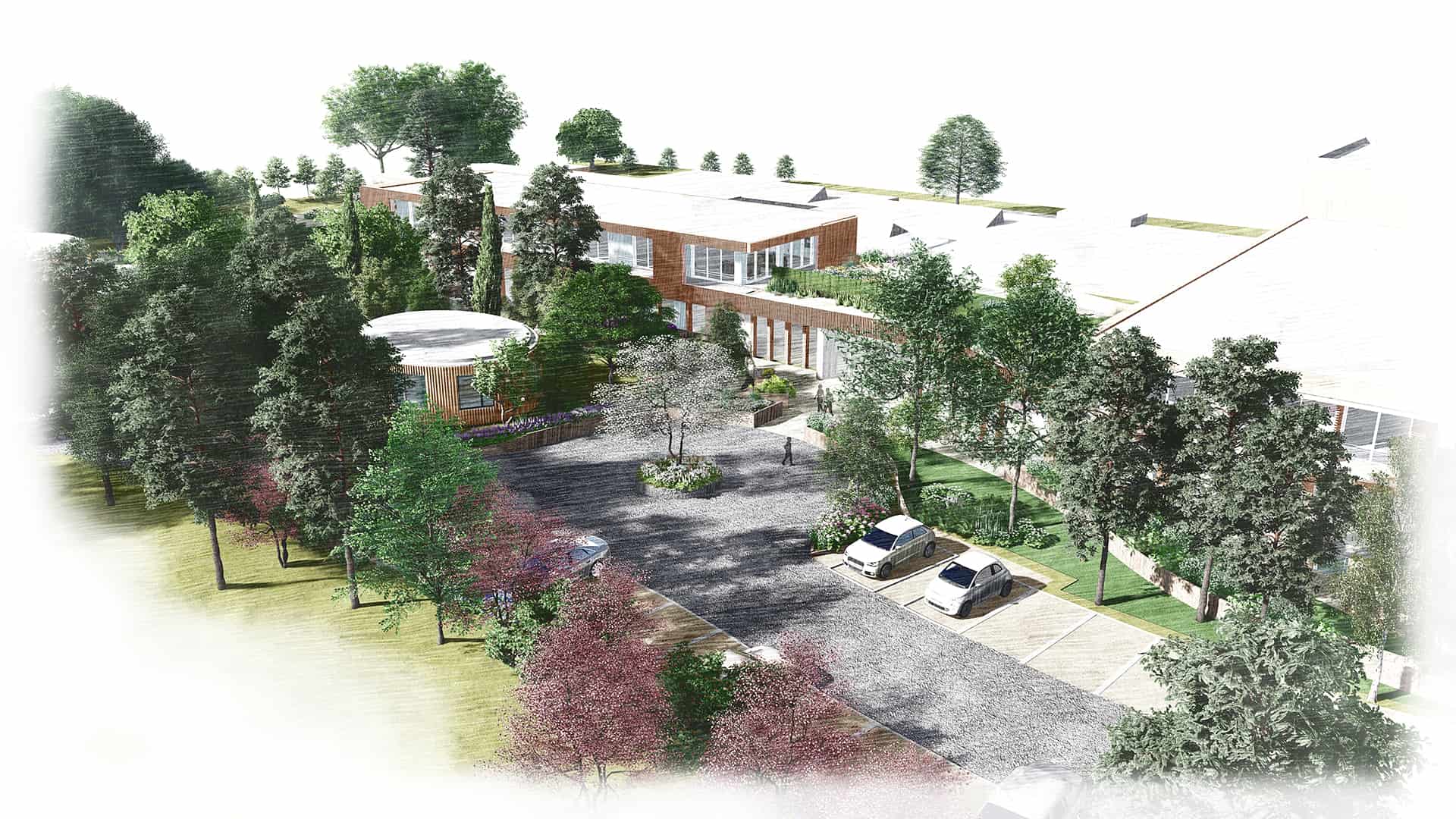 Visual of the proposal for Skylarks Care Home

“These projects with Church Farm Care has proved that when a project is designed sensitively and intelligently, it will be recognised by the community and local authority as being of real value and something worth standing behind. For us, the special circumstances were clear as both Skylarks and Rusticus offer so much to the community as well as promising a high quality of care to those with dementia.”

Over 45 detailed supporting letters and e-mails were received by Rushcliffe Borough Council for Church Farm at Skylarks with particular recognition of its hydrotherapy pool. The pool is not only essential for residents, but a valuable facility for schools and community groups with one charity stating that the pool will drastically reduce its current two-hour round trip. The expansion also includes the provision of 32 new bedrooms, five detached assisted living pods, new access routes and landscaping.

The approved developments for Church Farm at Rusticus similarly focus on bringing the community into the centre to prevent residents becoming isolated. The scheme sees the addition of an onsite café that’s open to the public and features a snaking path which doubles as a walkthrough aviary. It is hoped this will encourage the community to visit alongside its onsite salon and cinema.

The approved application is for the fifth phase of Rusticus’ development following previous upgrades to the site including the reception and staff facilities, as well as the addition of balconies to the accommodation. This phase sees the addition of 30 new bedrooms and three detached two bed assisted living pods, plus further parking and landscaping.

“The approval of two innovative dementia care schemes wouldn’t have happened without a fantastic design that was both sensitive to its surroundings and effective for residents. This was only possible because the Leonard Design team shares our passion for providing the highest standard of care, particularly for those with dementia. Being able to work with an entirely Nottingham team, and one that truly understands the positive impact that great architecture can have on people’s lives, has made this success even more satisfying.”
– Patrick Atkinson, owner of Church Farm Care Ltd

The Church Farm at Rusticus site has received planning permission and Church Farm at Skylarks is awaiting its formal decision notice following the completion of a Section 106 agreement after the team’s successful identification of six “very special circumstances” that fully justify why the schemes must go ahead despite being located within a Green Belt.

Grace Machin Planning & Property clearly identified the “very special circumstances” as; the undeniable UK requirement for specialised dementia accommodation, the innovative facilities and extremely high-stand of care being created, the scheme’s sensitivity to the environment and the ideal nature of the currently underutilised location, the employment and training opportunities, the flood risk factors that the design addresses and solves, and the intelligent application of architecture.

It is estimated that the number of people with dementia in the UK is forecast to increase to more than one million by 2025 and more than two million by 2051. Currently, the figures equal one in every 14 in the over 65 population. 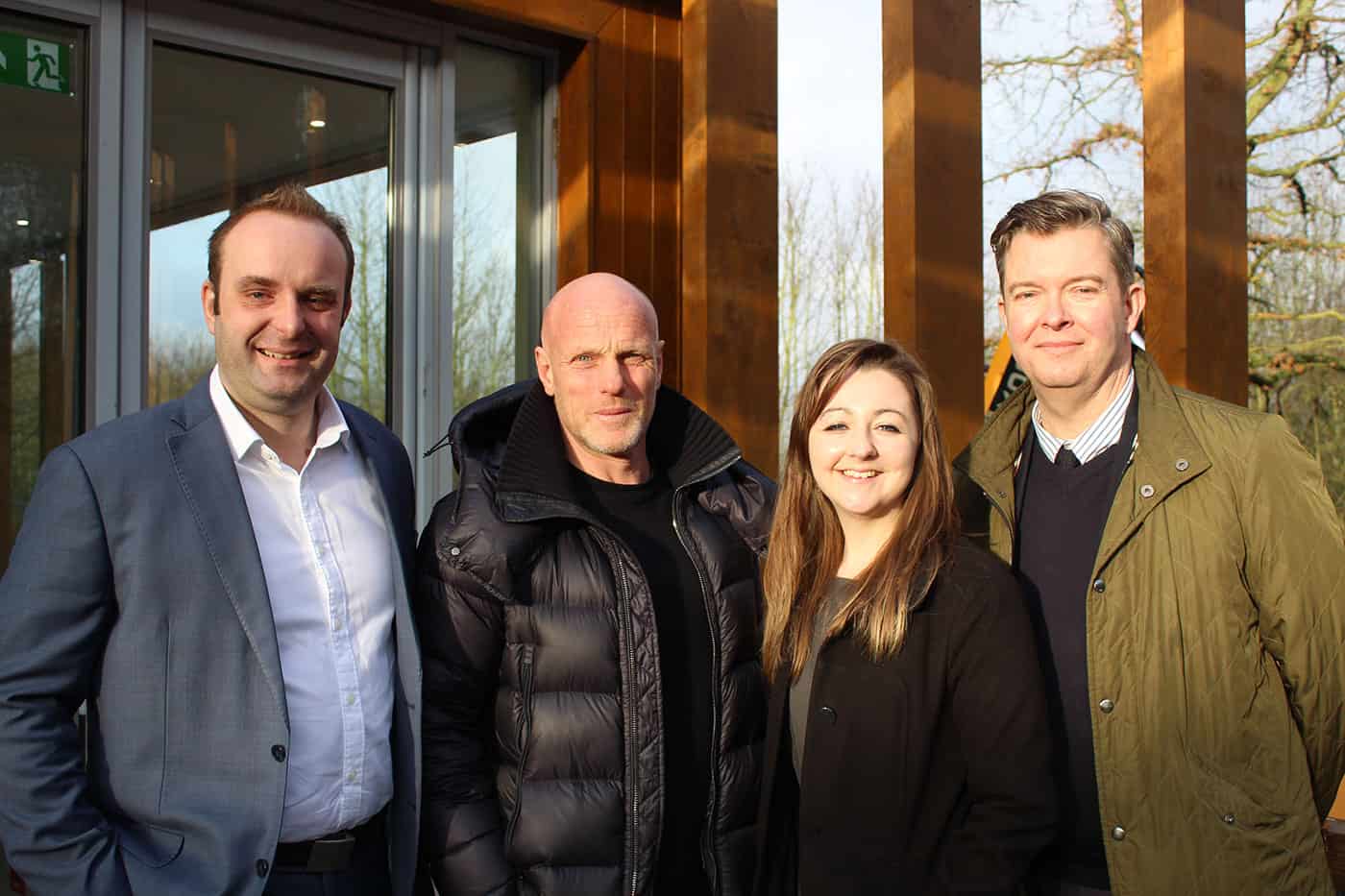