Nottingham City Council have approved the final designs for the new Broadmarsh development which will include a new Central Library for the city.

The new Broadmarsh development, and the Central Library within, will be located in Nottinghams new ‘Southern Gateway’ project. This wider development will see the south side of the city transformed to include new offices for HMRC, a new hub for Nottingham College along with multiple other smaller projects and significant road layout changes.

Leonard Design were responsible for the massing of the Broadmarsh building and the design of the library within. With a wealth of knowledge working on international projects Leonard Design have been very excited to work on a project so close to home. Just over one-hundred metres from the company head-quarters to be exact.

The new library is an exciting change to the original design, re-locating the current city library from Angel Row to a new-built scheme when a lot of libraries around the country are shutting down. The original design included multiple retail units which have now been removed for the library along with a planned cycle hub. However alternate well-lit secure cycle provisions have been agreed elsewhere within the scheme. 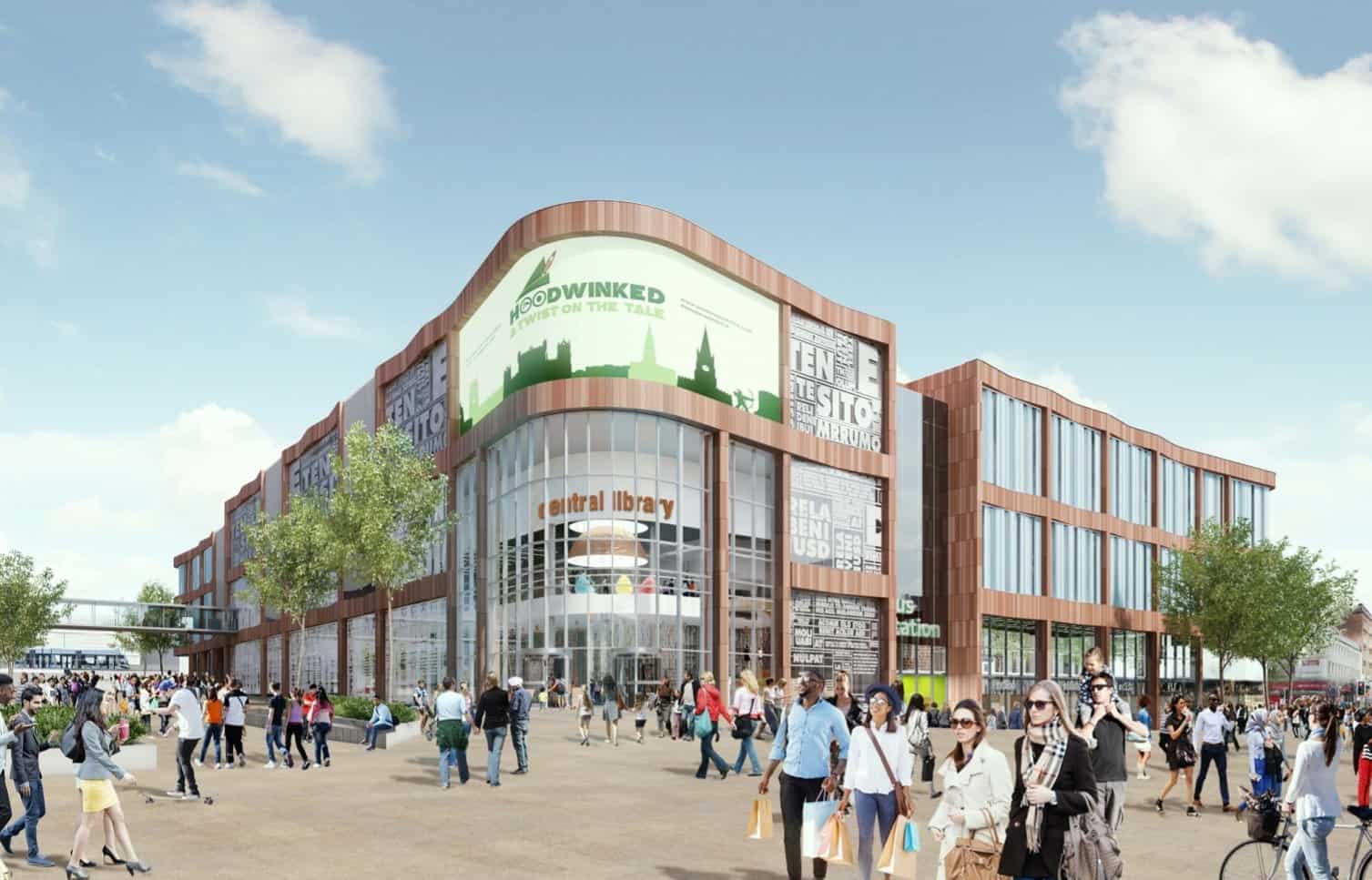 The chairman of the committee, councillor Chris Gibson, welcomed the project:

“Nottingham deserves a terrific new library and that’s what Nottingham is going to get.”

In response to the planning application the Nottingham Civic Society also praised the project:

“The new library in this location has the potential to benefit the regeneration of Carrington Street and Southside generally, positioned on the strong north-south pedestrian route from the historic core to Nottingham Station and close to the proposed new Nottingham College.

“The Civic Society is pleased that the floor space for the proposed new library is comparable with that currently in use at Angel Row and hopes that the highly-regarded Local Studies Library with its on-site archive will be able to continue to foster an interest from Nottingham’s citizens in the city’s past, present and its future.”