Demolition woks will soon be completed at Blocks B & C of the Sheffield Heart of the City II masterplan. With some piling works already underway the new development is progressing well on site. 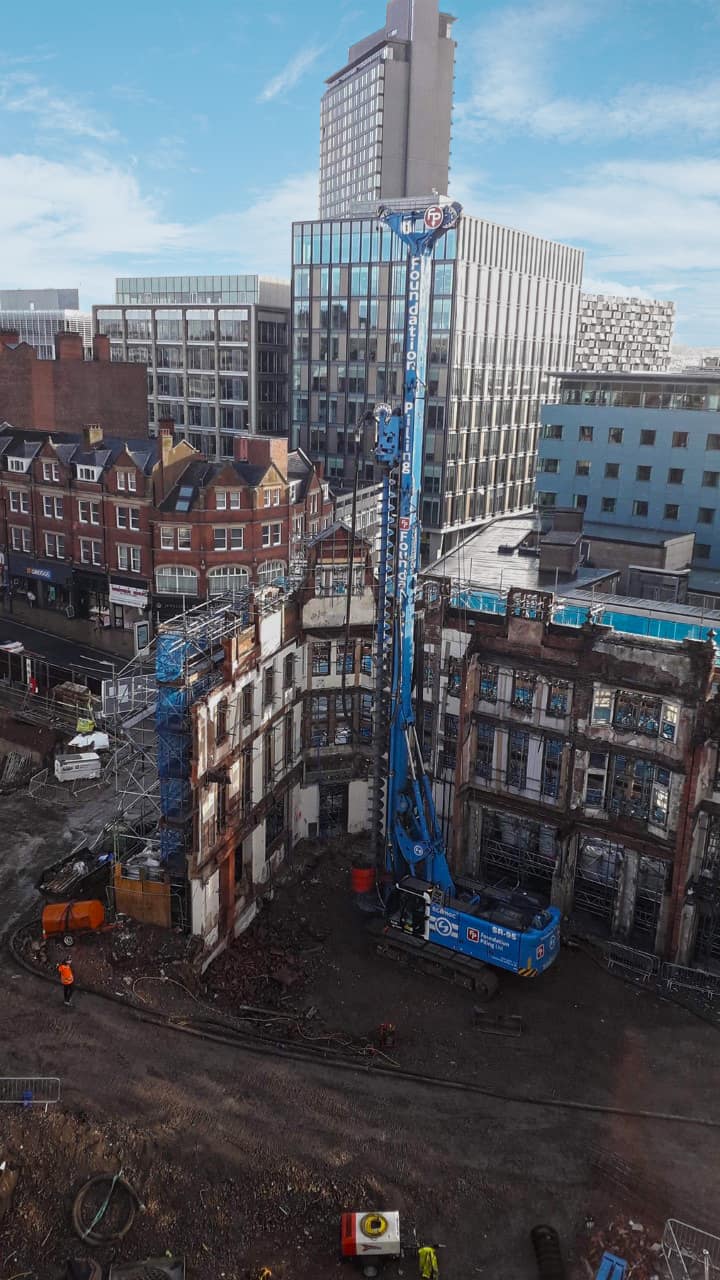 Walking past the historic Victorian façade on Pinstone Street it is evident there are works underway. However, the magnitude of the demolition works is perhaps not apparent. Viewed from above, all that can be seen on the site is the façade, standing alone, with the building it once encapsulated removed.

With demolition works, undertaken by Total Reclaims Demolition, nearing completion the site is due to transform to the next stage of development. The piling mat is now complete, and a piling rig is now preparing the site for the new build elements.

Once complete Block B will include up to four retail and food and beverage units at ground level and 52 (studio, 1, 2 and 3 bedroom) apartments arranged over the 7 levels above in ‘Burgess House’. The scheme also includes a striking 3 storey boutique office at the corner of Pinstone Street which will be known as ‘Athol House’. It will be accessed via an enhanced shared courtyard facing Cross Burgess Street.

The Block C new build elements will create a high quality 65,000 sqft redevelopment of new, grade A offices above five ground level retail units. The new development steps from four to eight storeys to respect the scale and context of the historic Pinstone Street townscape.

When the development was approved in March 2019 councillor Mazher Iqbal had this to say about the scheme: 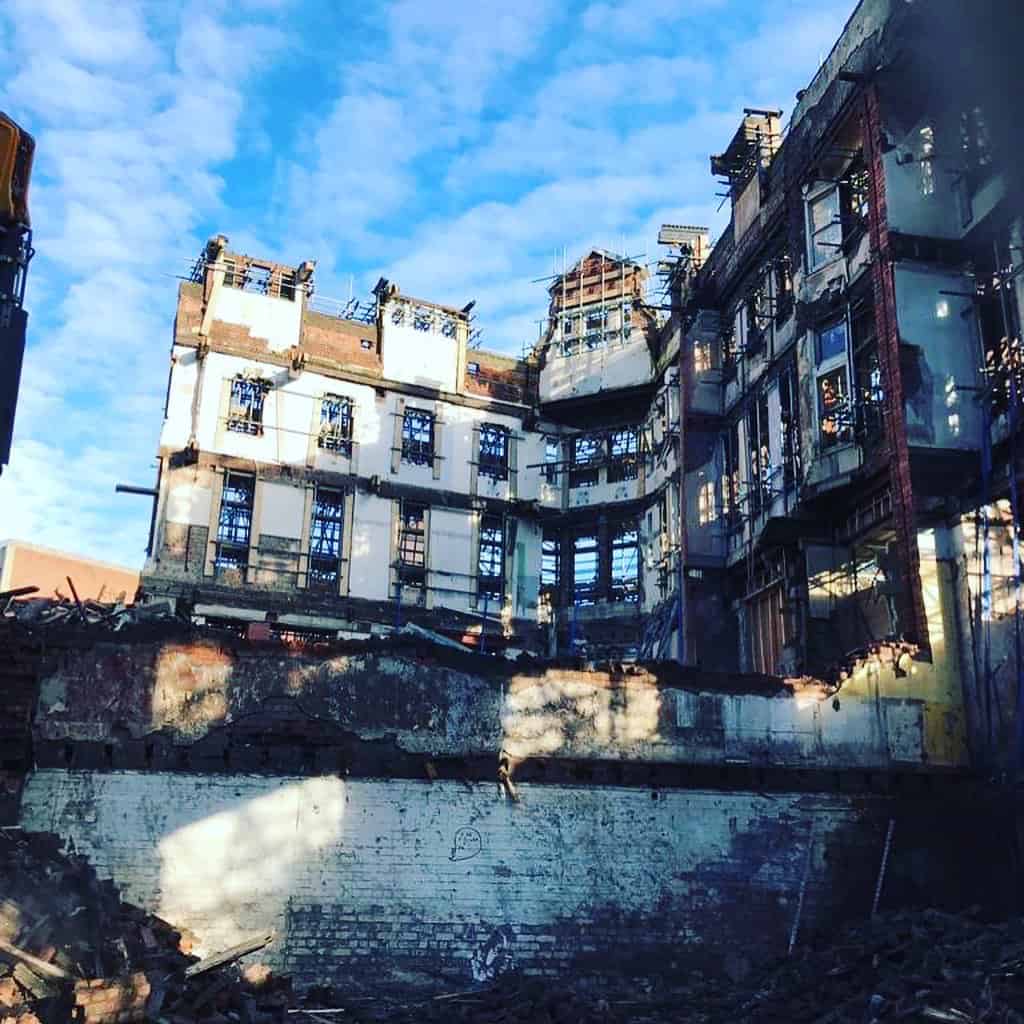 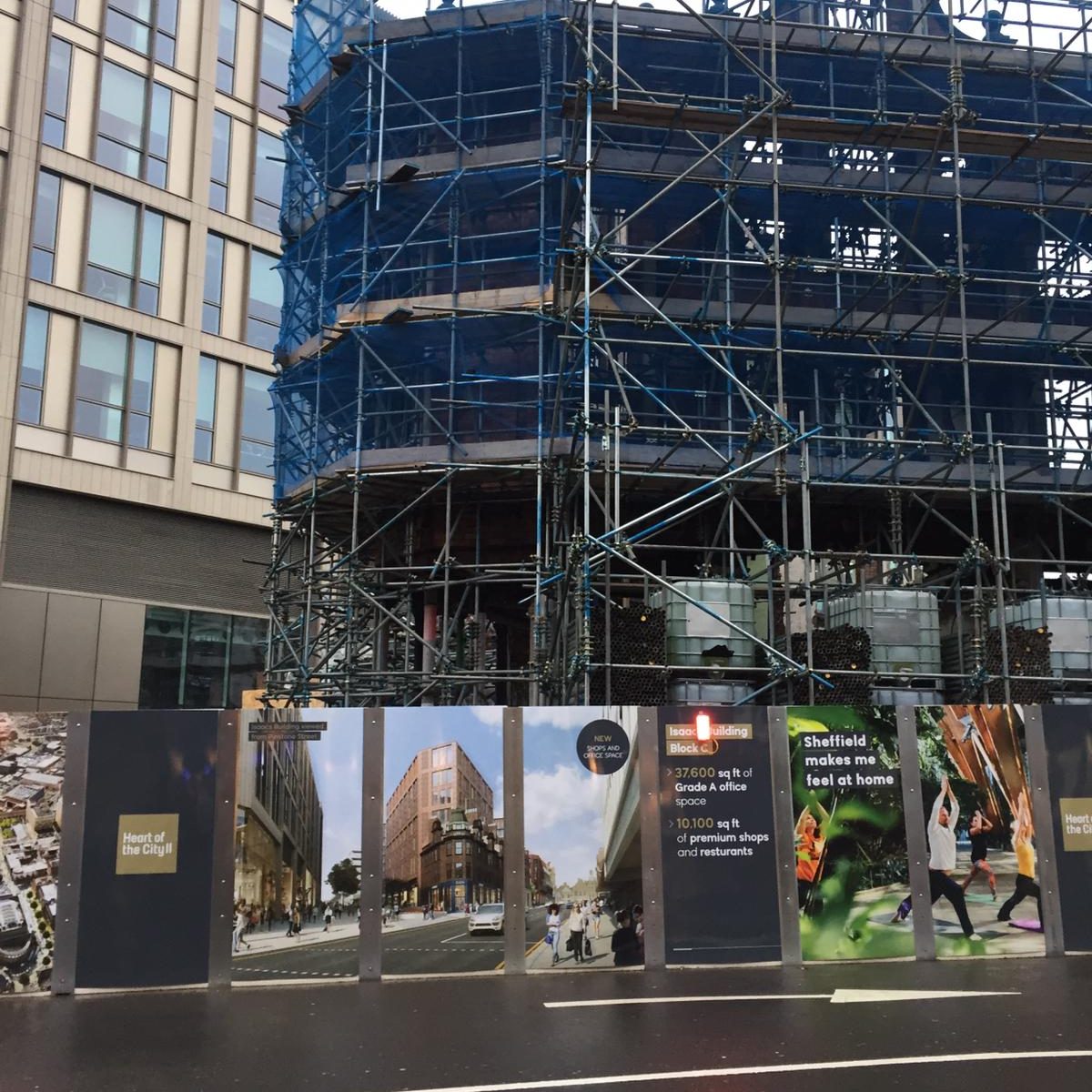 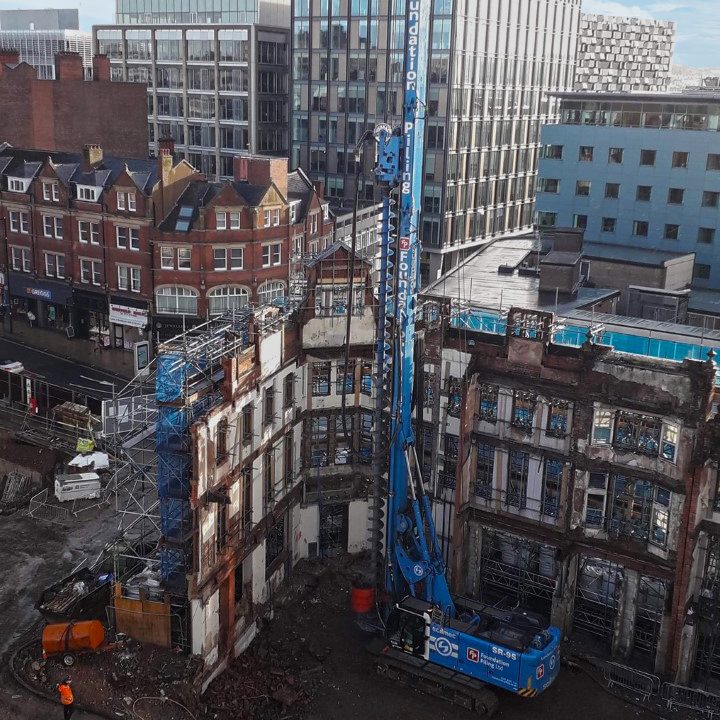 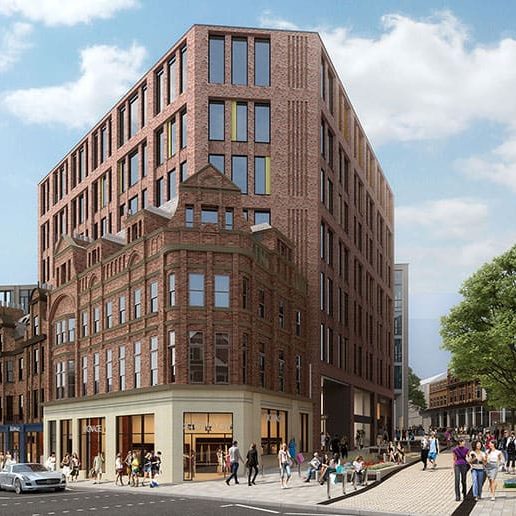 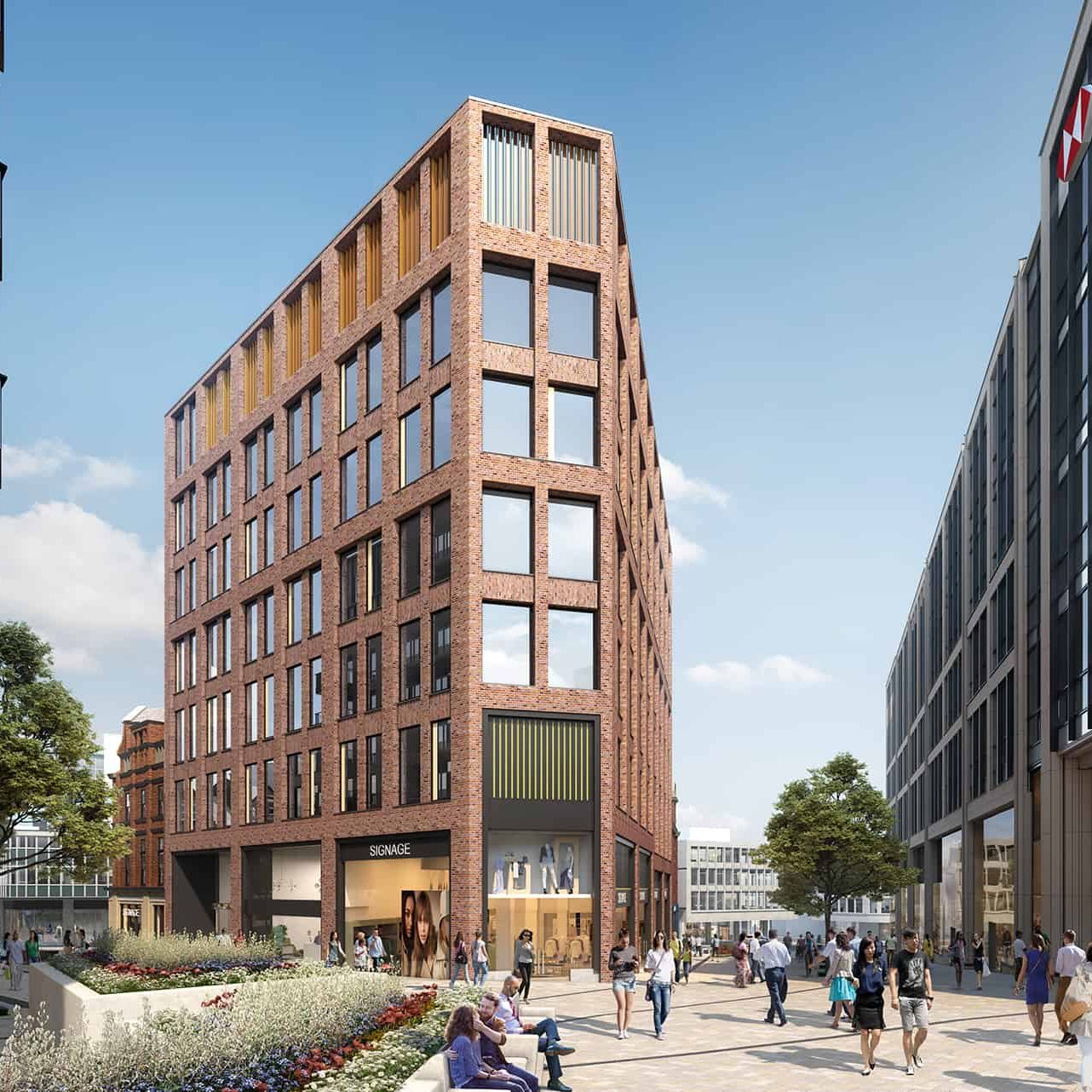 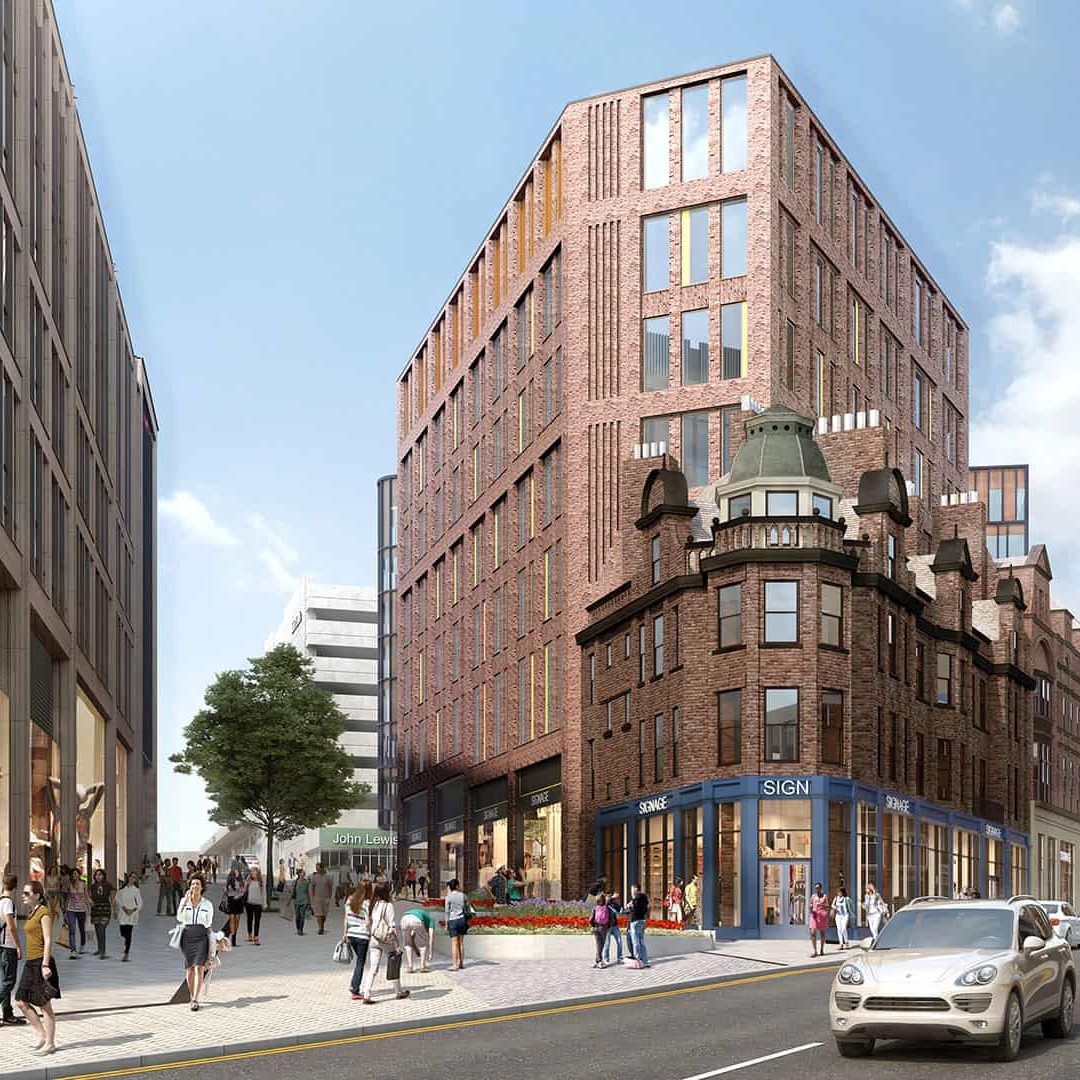