Based in Nottingham, Mellors Group is a highly regarded theme parks, attractions and entertainment company with a rich family history in the East Midlands. Skegness Pier was purchased by the family business earlier this year in February 2021. The 10,000 square feet family entertainment centre also includes a beloved traditional pier extending out from the building by an impressive 118 metres.

The proposed restoration of the pier will see the pier length restored from its current 118m to its original 582m. The vision for Skegness Pier is to restore it to its nineteenth century glory and to create a visitor attraction fit for the twenty-first century. The promenade and pier head will bring a sense of the natural beauty of Lincolnshire’s wild coast into the heart of its premier resort town, create a new focal point for retail and hospitality trade and enable the creation of a new state-of-the-art all year-round visitor attraction which celebrates and promotes Britain’s energy history and its pursuits of a more environmentally sustainable future.

In line with The Government’s NetZero Carbon goals, the pier will be constructed using the most modern materials and construction methods. Creating a net zero carbon pier which is built to last supporting high value jobs and high skill labour.

Leonard Design are very excited to be part of this transformational project for Skegness Pier and the local area. A public exhibition is planned for 26th July to share the new plans for a four-week period with multiple drop-in Q&A sessions. The exciting plans aim to add value to the existing proposals for improvements to Skegness Foreshore and wider investments within the Skegness Town Investment Plan. Local residents and visitors to Skegness are invited to submit their ideas for the pier restoration (whether these ideas are big or small) via the online consultation portal.

James Mellors, Operations Director with Mellors Group, said: “For way over a century, visitors have flocked to Skegness to enjoy the wide range of attractions on offer at the seaside pier which has been a local landmark and attraction for visitors since its opening back in June 1881.

“Our ambition to restore the pier to its original length – and more besides – can regenerate lost heritage infrastructure, enhance an existing cultural asset and provide new public amenity space while creating new jobs and helping to attract more visitors to our favourite seaside town and we hope local stakeholders, local people and visitors will support us.”

John Morgan, Director at Leonard Design said “There is so much interest in costal towns and cities at the moment, both at Government level and from everyone in the UK who are on staycations exploring parts of the country. There has also been a huge drive for Blue Health as part of personal wellbeing, with people wanting to be near rivers, lakes and the sea.

“Skegness has a huge opportunity to create something truly unique which draws on the strength of its history, brings people back to the town and creates a legacy for the future. Our team will be listening to all of the great feedback we are receiving as part of the consultation to develop the design in line with what local people, tourists & businesses want. Creating an investment that will have a ripple effect, allowing other businesses and local costal towns to benefit too” 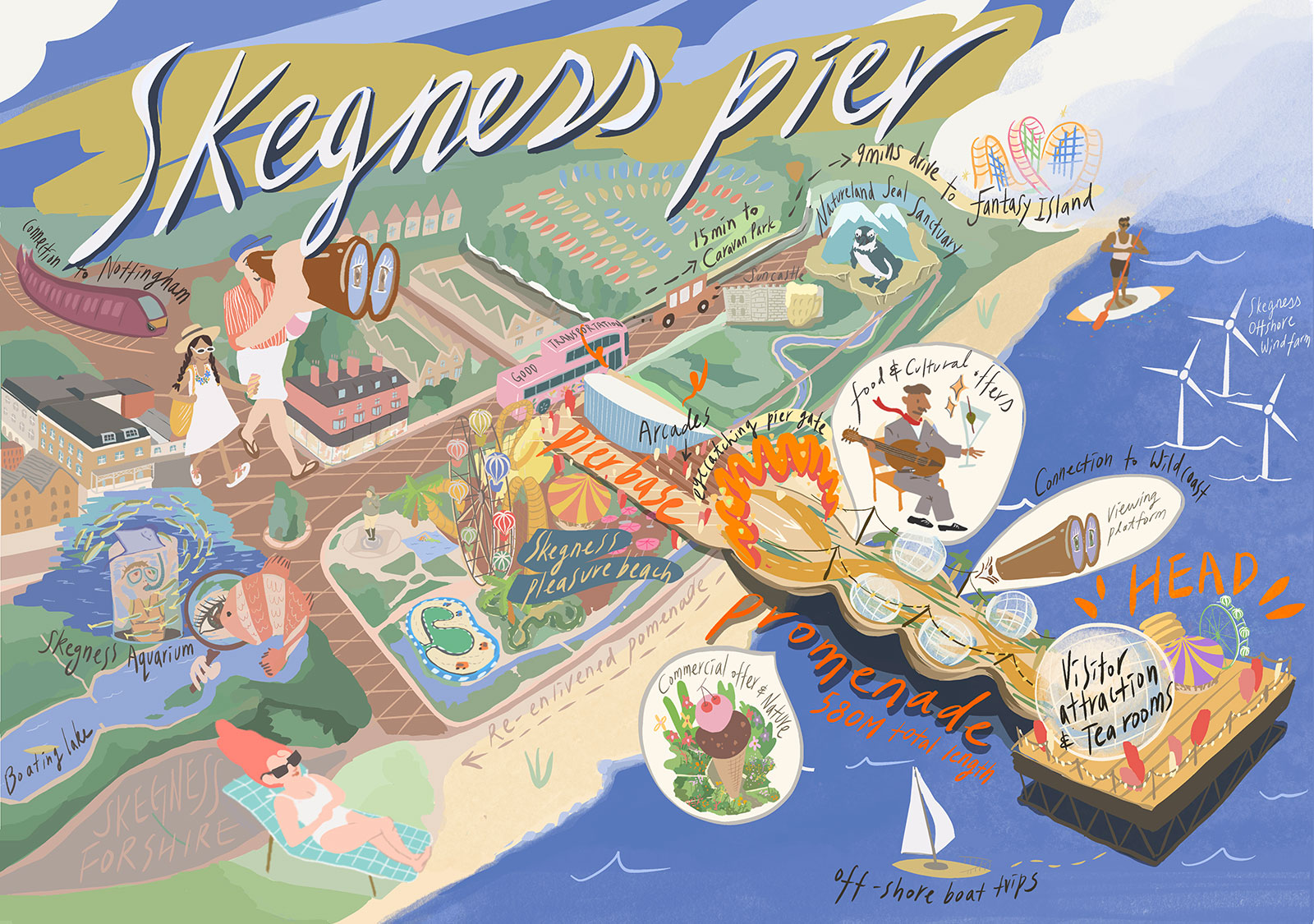