Sunset Waltham Cross Studios, a new 21-stage film complex has received planning committee approval to develop a world-class facility. It is a huge honour for Leonard Design to work with the amazing teams at Blackstone, Hudson Pacific and Sunset Studios.

This project marks the first Sunset Studios operation outside of the US, where the owners, funds managed by Blackstone and Hudson Pacific Properties, a unique provider of end-to-end real estate solutions for tech and media tenants – run four studios. The 91-acre site is to be transformed into a state-of-the-art, 1.2 million square-foot film & tv studio complex. With a total of 21 sound stages, workshops, mill space, production offices and support space the scheme will be one of the UK’s largest film and television production locations. 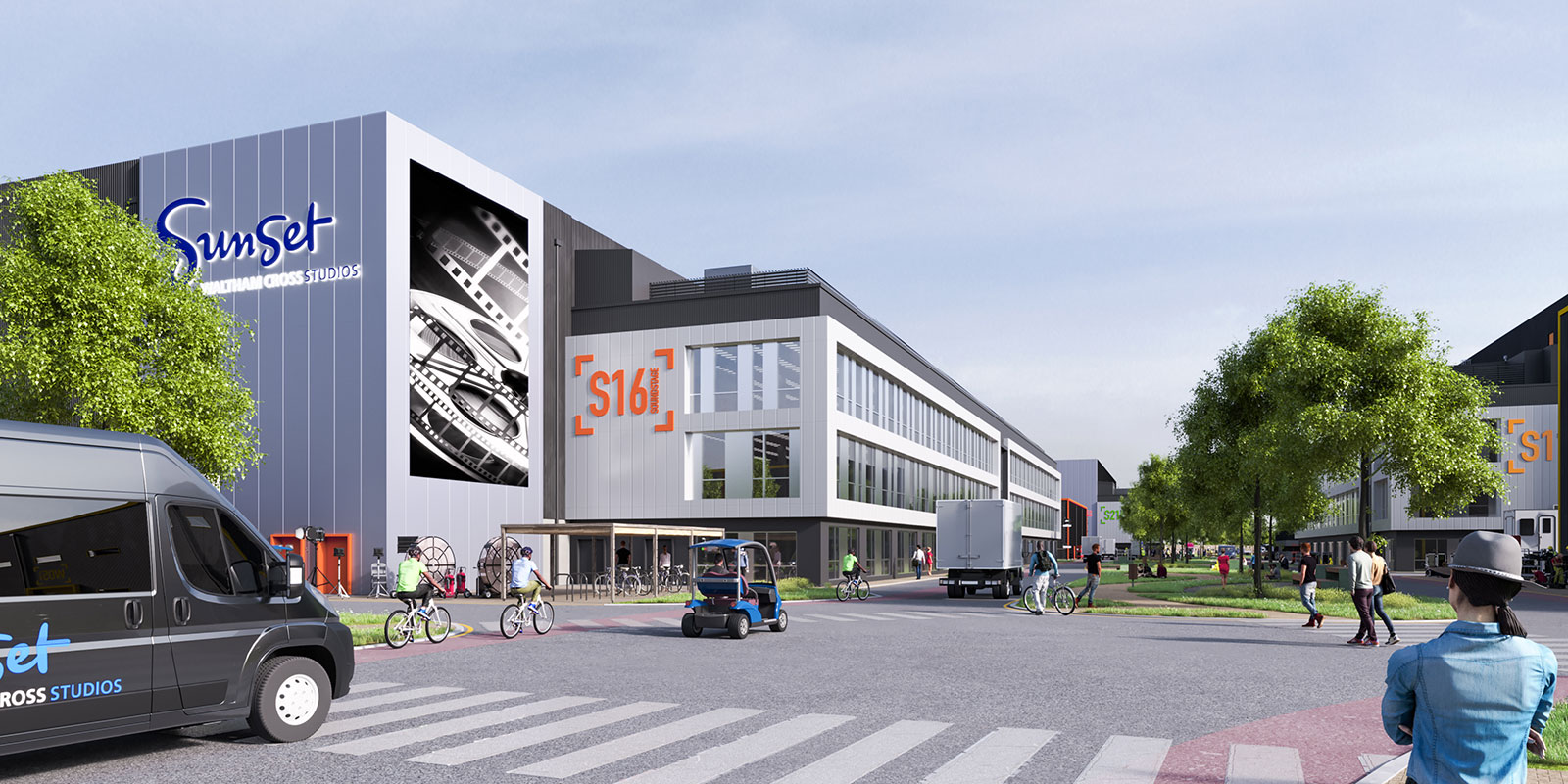 The aspirational scheme is also setting the bar for green credentials, targeting a LEED Gold certification and BREEAM Excellent rating. With energy efficiency and biodiversity central to its design, the new film studio will give productions an opportunity to lower their carbon impact.

Once complete the Studios will significantly benefit the community, anticipated to create over 4,800 jobs and contribute more than £300 million annually to the local economy. Preliminary site works are due to start later this year with a target of a 2025 opening date. 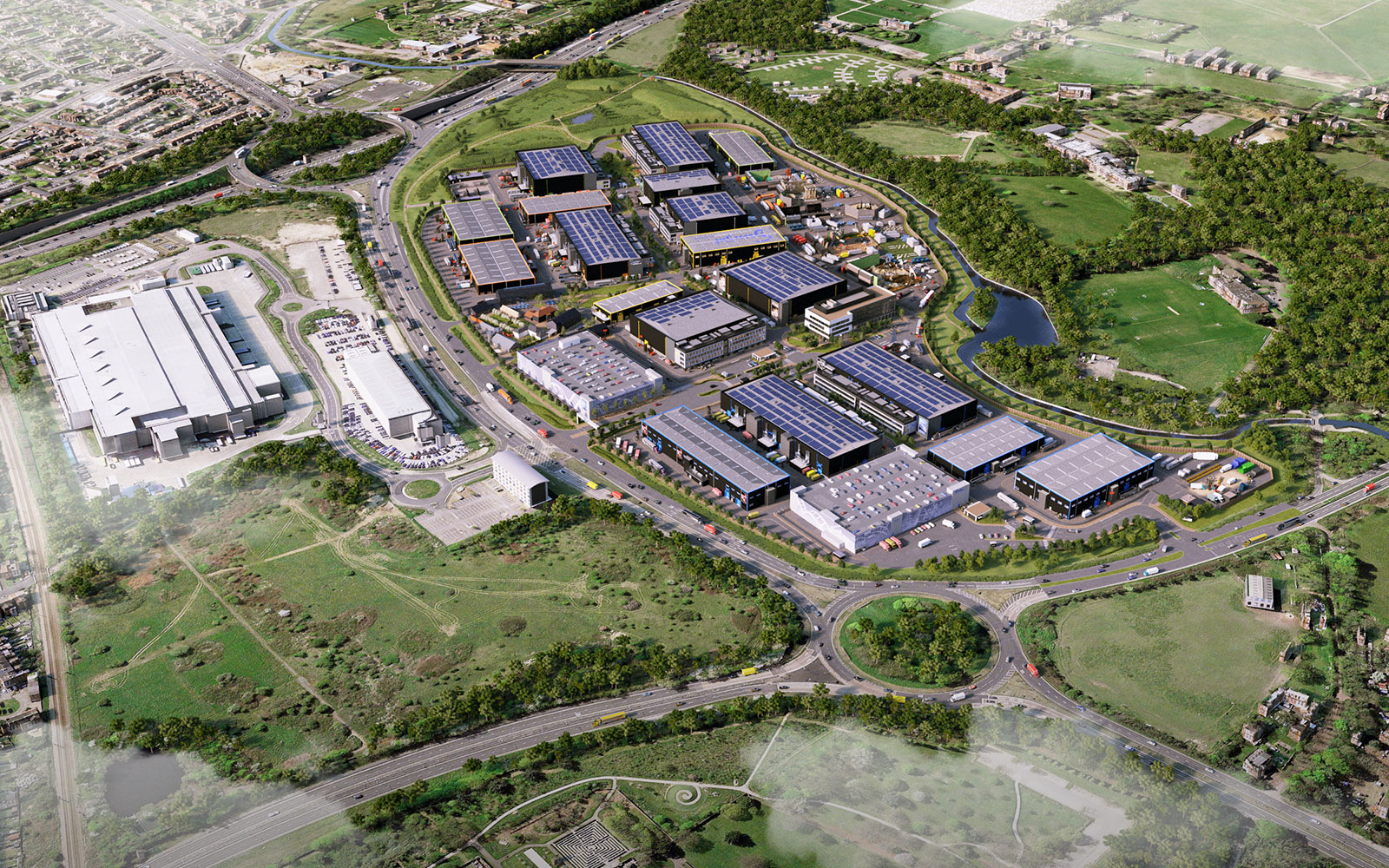